Well, after some work on boring behind the scenes stuff ( ie. the update server ) I’ve had some time to work on the game itself. One of the first things I did was to improve the basic shadow techniques I implemented for something that looks much better. The Shader takes more samples ( 16 vs 4 ) which gives a much smoother, softer shadow. I’m still working on eliminating all of the moire pattern artifacts, but I have a good idea on how I’ll go about doing it so that should be easy.

More importantly from a gameplay perspective, I’ve decided to add more depth to the world map. Angular Velocity was originally to be a 2D game, but then I wanted to add certain perspective effects and before I knew it I was working in OpenGL on a 3D engine. I’m very glad I did, as I think the game looks much better than it ever could have in pure 2D. Also, above all else I want to keep the combat 2D with a top down view. This is a core concept and is almost guaranteed not to change.

However, having said that, I recently began toying with the idea of adding layers of depth to the terrain for you to mine through. Part of the fun of games like Minecraft is the mystery and challenge of finding a hidden ore or treasure behind every block. Angular Velocity was missing that thrill because, although there were 3 layers of depth to the game ( floor, entity level, and ceiling ) you really had no mystery to the mining. What you saw was what you got. I also thought of how spread out the game would get as players pushed farther and farther out for resources that were essentially flat.

As I’m sure you’ve guessed, that has changed. Today AV’s engine can handle any number of layers I choose. At present it is at 4 total, giving us 2 mine-able layers. This really gives the map extra depth and helps restore some mystery to the ores you mine. 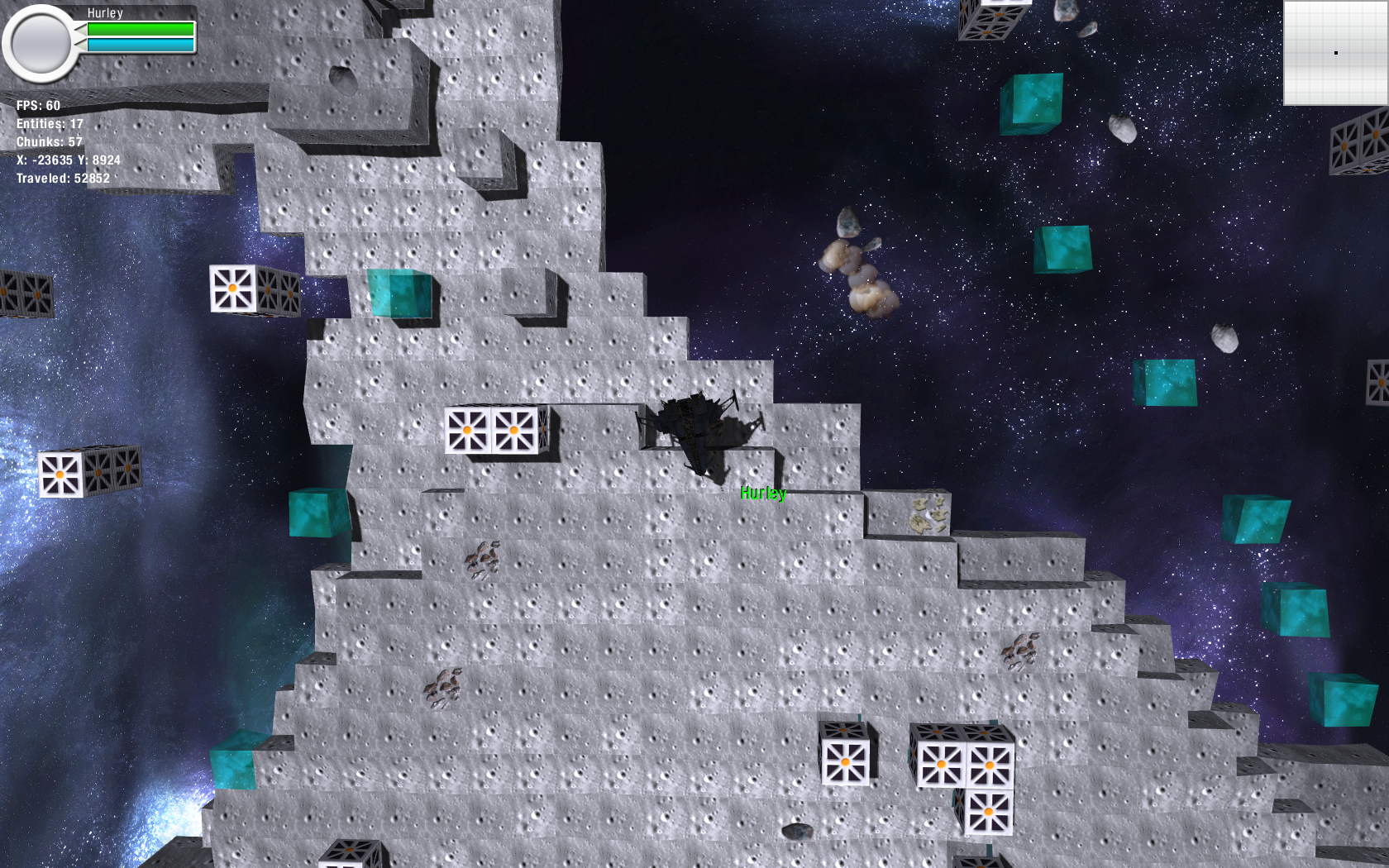 I’m still testing things at this point before I decide how much depth to add. There will obviously be trade-offs for performance both graphically and during network transmissions of world data, so I’m in no rush to add 64 layers of rock. Besides, I’ve noticed that a negative side effect is that sometimes it can be hard to tell when something is an obstacle on your layer that you can bump into, and what isn’t.

Also, as a final note before I head to bed, apparently my unofficial company name has been taken. I once operated Pedantic Webspaces, a web design firm, so I just naturally assumed I would make games under the banner of Pedantic Games. Well someone registered an LLC by that name already. So I’m back to the drawing board there. Any suggestions will be welcomed and considered. 🙂