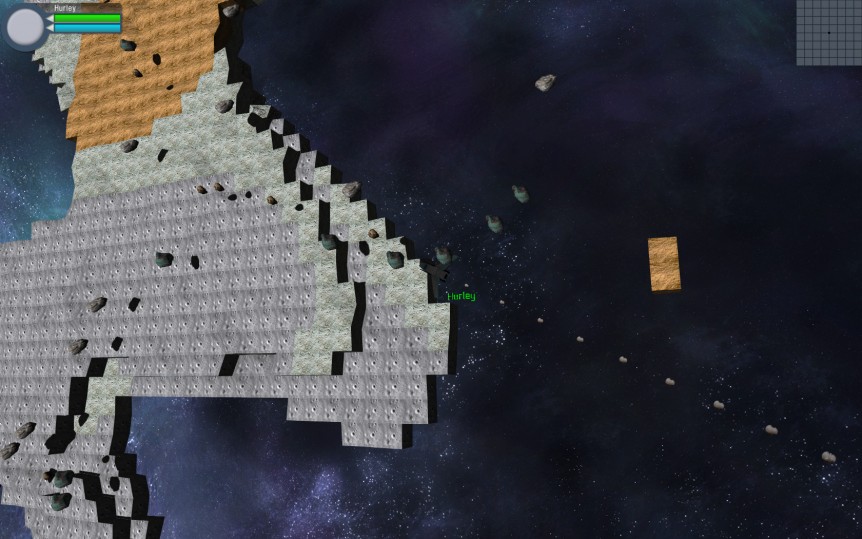 Angular Velocity is a unique perspective on the Space Game. Fly, shoot, harvest, craft, and build your way to the top. By combining gameplay elements from across multiple genres, we feature movement and combat that feels like Subspace Continuum, with MMORPG-like team combat roles, coupled with resource harvesting and recipe crafting like Minecraft.

NOP Games is a small indie development group (one guy) with a day job who want to be able to realize his childhood dream: Making people happy through games.

Troy Corbin started programming games in 1984 for his Commodore 64. His only public offering was released in 2004: Knights Chess for KDE. Afterward he focused on User Interface and Web Design to pay the bills, until 2011 when he was introduced to Minecraft. This lead him to reenter the world of game programming as he developed a Bukkit server plugin for his public, Hardcore Deathban server called Amish Paradise.