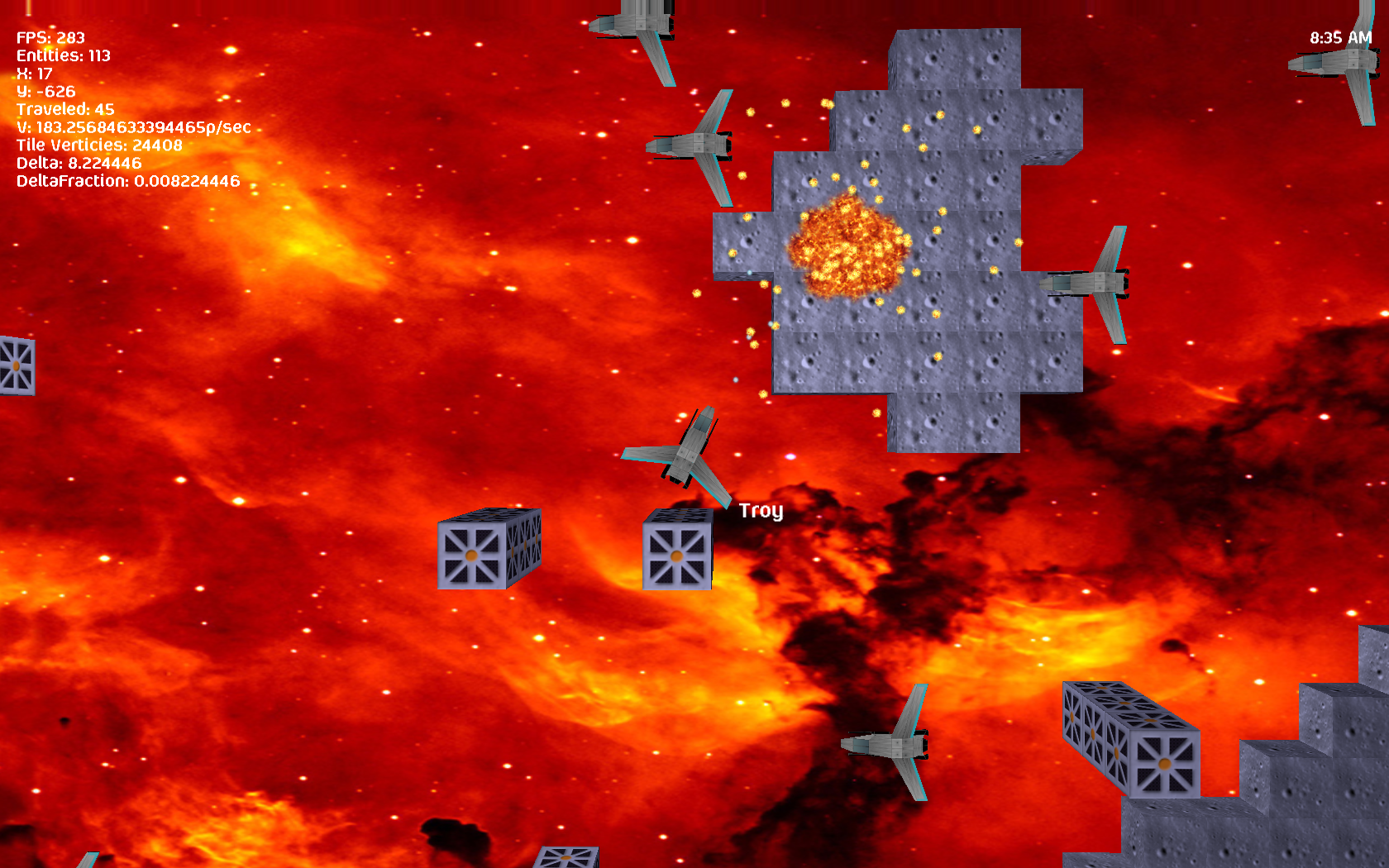 Our first view of the Harpoon Class fighter, as well as our first explosion.

Nothing makes me feel better than to work on tangible parts of the game, by which I mean graphics, sounds, etc. Today’s update is chock full of exactly that. Finally, I feel like the player can actually do something.

UPDATE:  Like I said, explosions cause damage…. I just caused a chain reaction of 5 ships getting destroyed because of explosion damage. BEST. SUNDAY. EVER.