Hope everyone is having a great weekend! Mine has been awesome, because I’ve finally solved some some minor catastrophes behind the scenes at AV HQ, and also because I’m listening to Knife Party’s new album. 🙂

I’ve rewritten about 50% of the rendering engine to make it more flexable going forward. We’ve compartmentalized a number of our OpenGL commands so that it’s easier to draw scenes outside the scope of the main game scene, and also to make it easier to render to an FBO instead of the Window provided buffer. This last bit will make proper shadows, blur effects, and other awesomeness possible going forward.

Along those same lines, I’ve also vastly upgraded the usefulness of our FBO ( frame Buffer Object ) class so that it can handle these new responsibilities. I’ve also purchased a skybox texture from spacebox4096.com and rebuilt the background into a proper Skybox, complete with it’s own class and support for layered boxes. Most likely I’ll be buying additional skyboxes and set us up so that different world will get a random skybox.

I’ve also reskinned the Harpoon with a black and purple color scheme named the Atelopus after the frog which bears those colors. While not a big deal at this stage of development, I kind of grew tired of seeing the same old ships repeated all the time. 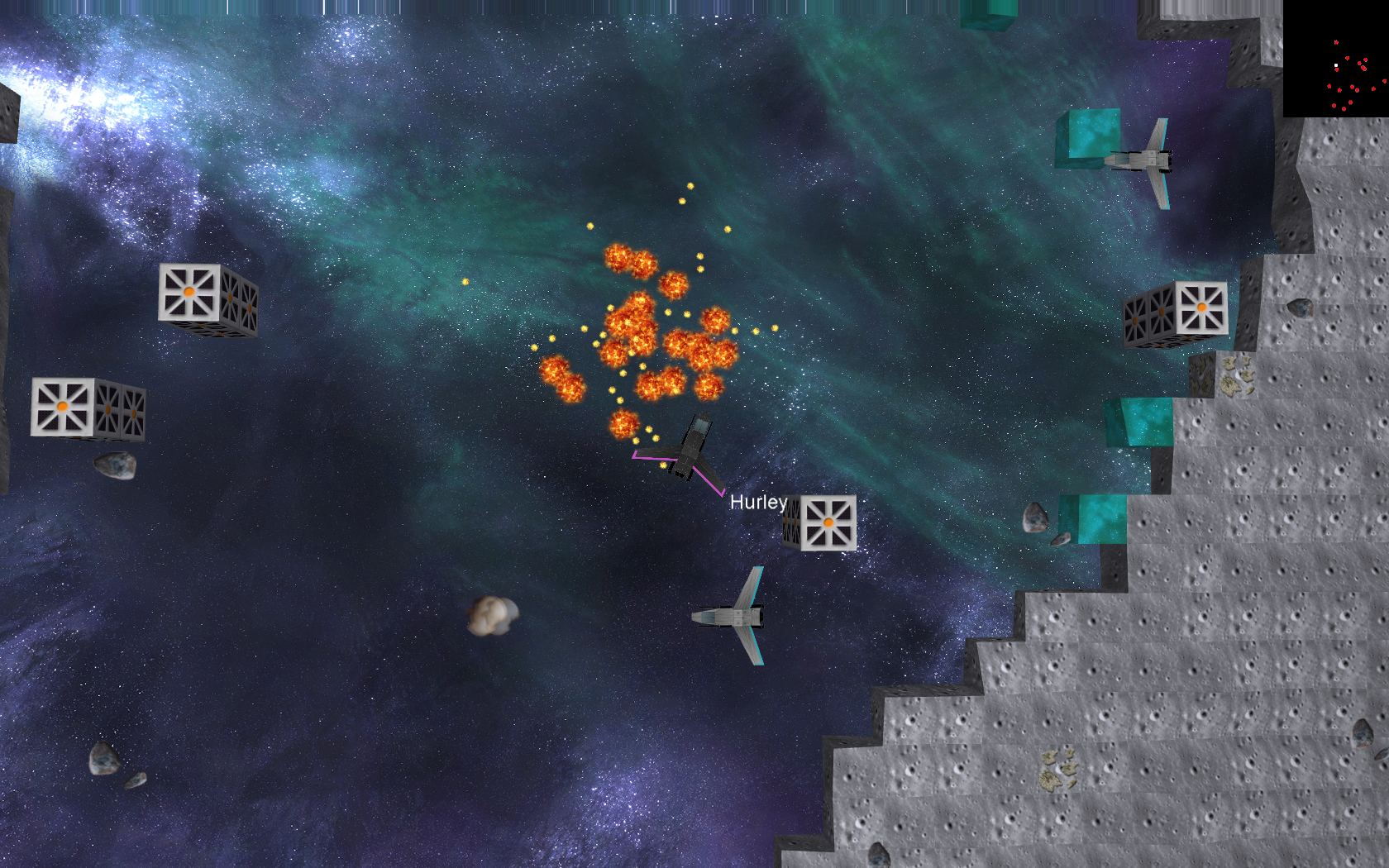 On top of all that, we’ve done more work on the GUI components. Specifically, utilizing our new FBO technology( heh ), there is now a GUI component which can showcase an entity. This can be used in the classical inventory scene showing off your character, which is exactly how we’ll be using it.