Sorry about the lack of updates over the holidays. Aside from stuffing myself with plenty of turkey and dressing with the family, I’ve also been feeding myself a steady diet of GUI programming. Yes… it is every bit as dry, tedious, and boring as you would expect it to be. What I didn’t expect was how difficult it would be to troubleshoot.

Many of us take for granted just how smoothly everything comes together with a windowed GUI, but there are tons of tiny little calculations going on behind the scenes to get everything lined up just right. Today I have a lot more respect for people who write them.

Anyway, so Angular Velocity has the beginnings of a menu system. There is still a lot of work to be done as right now all it can do is display frames, labels, and buttons. I’ll need to add at least combo boxes, text fields, and sliders before it’s even close to complete. I can’t help but feel that the hard part is over though. 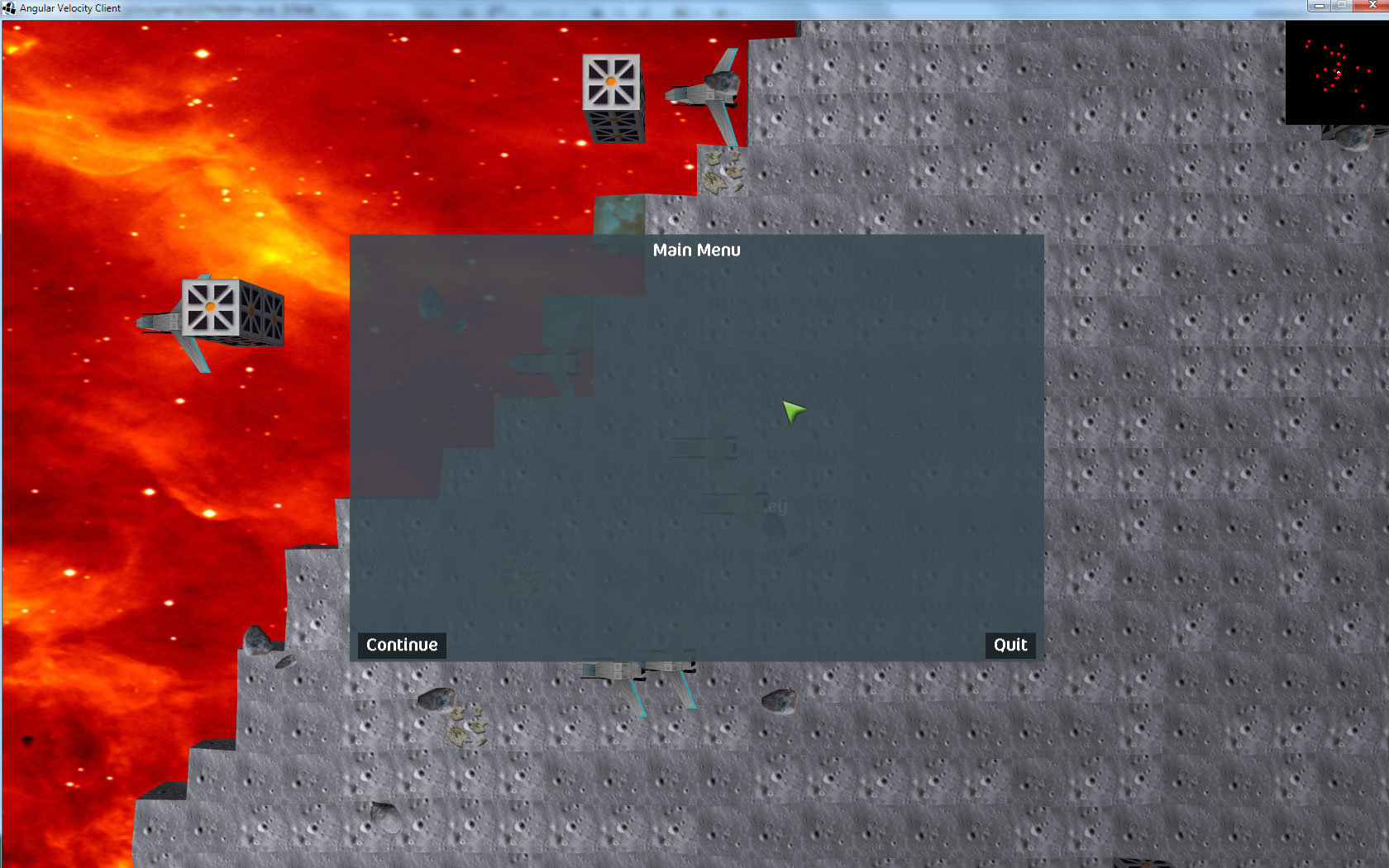 There is one gameplay related matter that I can announce. I have added a new resource tile: Oxygen. Someone posted a beautiful picture on Reddit of liquid oxygen. It had an ethereal green color to it, and since I needed to start adding some gasses I thought that would be the perfect place to start.

In addition to all of that, I’ve started using GitHub as my code repository. This will of course make a great backup should something happen to my system. The cool part, however, is that all of Angular Velocity’s Exception handling code routes through a system that posts the error as a new issue to be tracked on GitHub. This means automatic bug reports! Woot! Now, I should point out that absolutely no personal data is sent in these bug reports. I collect the OS version, the Java version, and the Console and Error logs from the game. That’s it. Since the point of Alpha and Beta is to test the game, this feature will be forced on until we reach release v1.0. At that time it will be an option you can enable or disable in the game.

Well, that’s it for today. I’d like to end this by telling you what great features I’m planning on working on next. However I seem to have a really bad habit of not sticking to the script. So I’ll just end by saying it will be good, whatever it is. 🙂