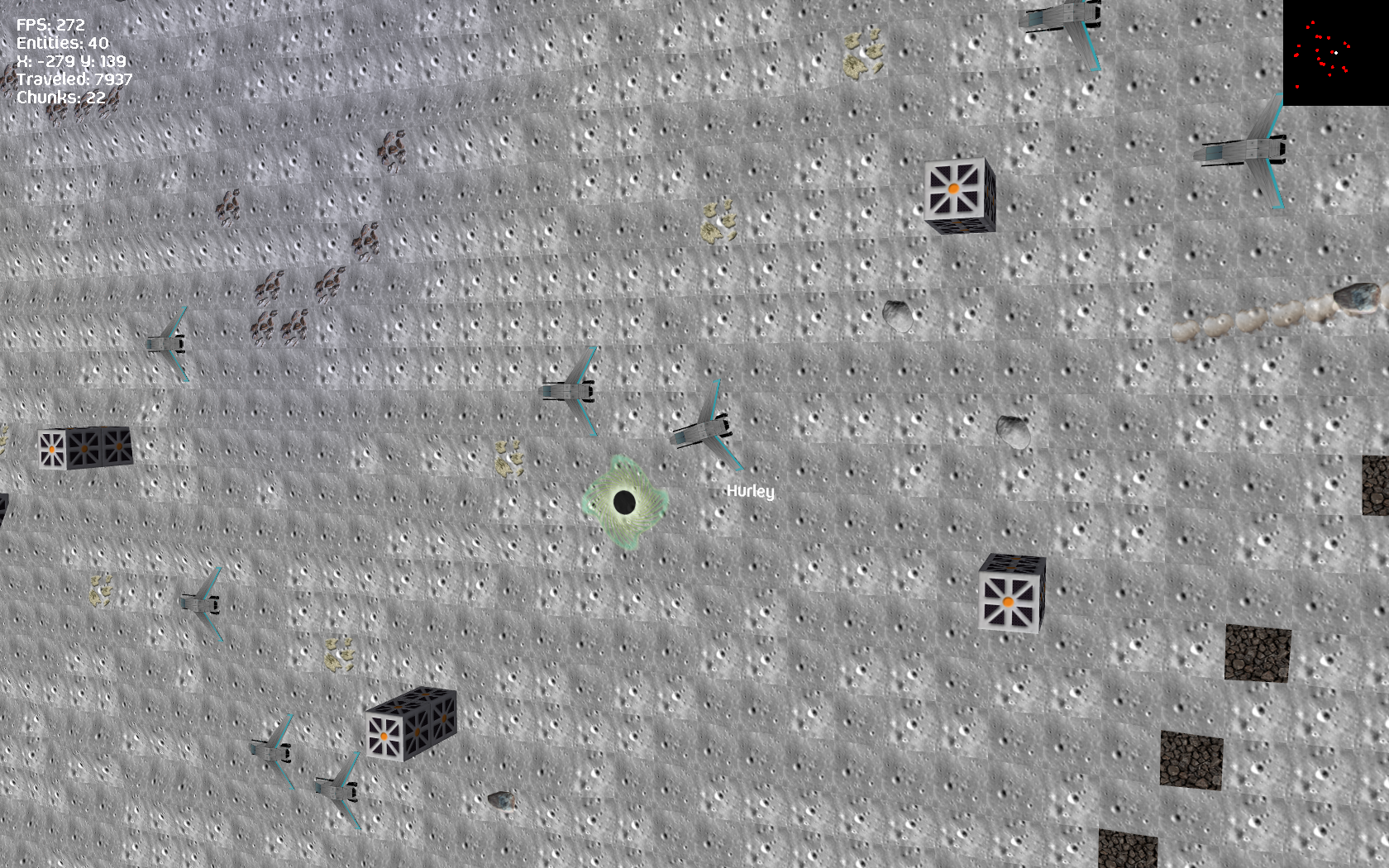 Couple of quick updates before I head in to my day job. I created a new weapon as I was getting tired of just having the noisy cricket so the screenshot above introduces you to the gravity bomb! It’s big, slow, powerful, and pulls your enemies toward it. One bomb causes 80% damage to a ship’s hull. I also played around in Audacity and created an awesome sound effect for the bomb: While active it emits a low, throbbing drone sound that can be pretty eerie. I’m still working on the sound it makes when it hits a hull. This is going to be an end game weapon, not for beginners. However, it’s pretty awesome to launch several  and watch them orbit each other. Also while the gravity well is annoying but beatable for a single gravity bomb, when you have 6 or 10 going it can be almost impossible to escape. It’s a ton of fun.

Our other change isn’t as sexy but it’s even more important. I have the makings of our game launcher and updater. Running this launcher currently updates your copy of Angular Velocity to the latest copy and then launches it. Again, doesn’t sound exciting but incredibly important.

Well, I’m off. Hope to have another update for you on Thursday.