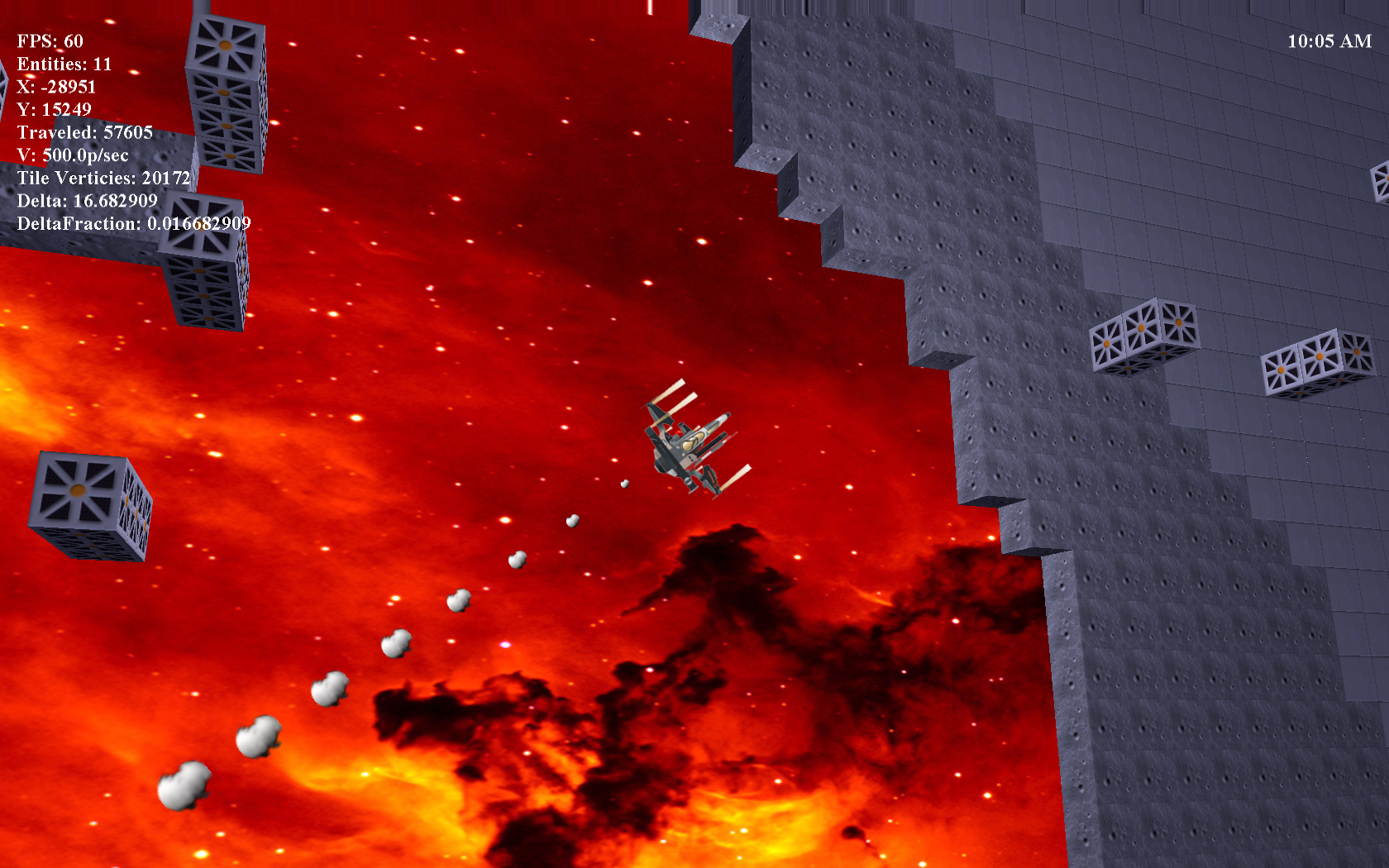 Sorry about the late update, but I’ve been trying to make the most of my programming time. Here’s a laundry list of updates since my list post:

Hmm.. I think that about covers it. Frankly it takes some discipline to not just sit here and wander around watching the camera effect. I’ll work on getting a YouTube video so you can see it in action. 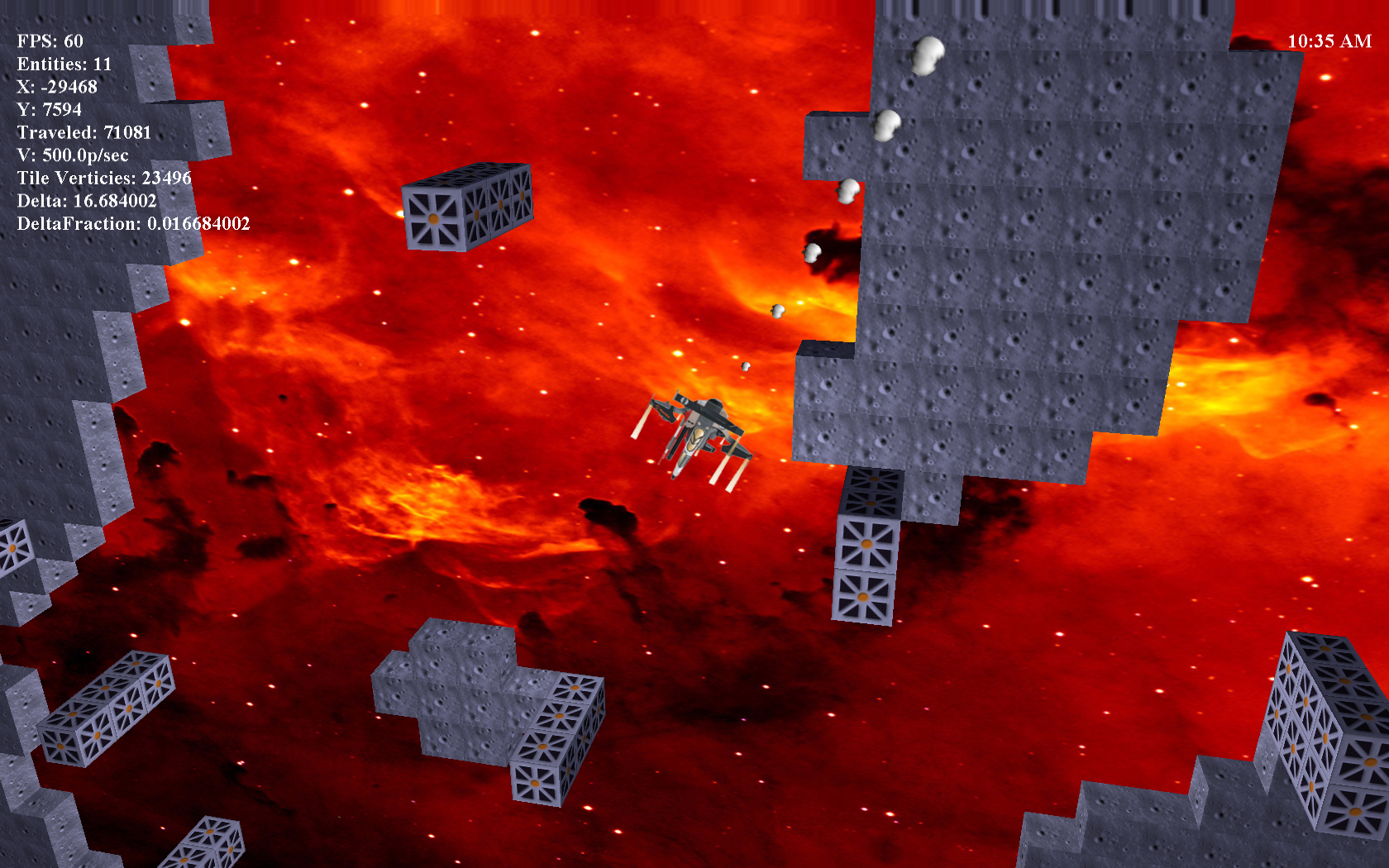