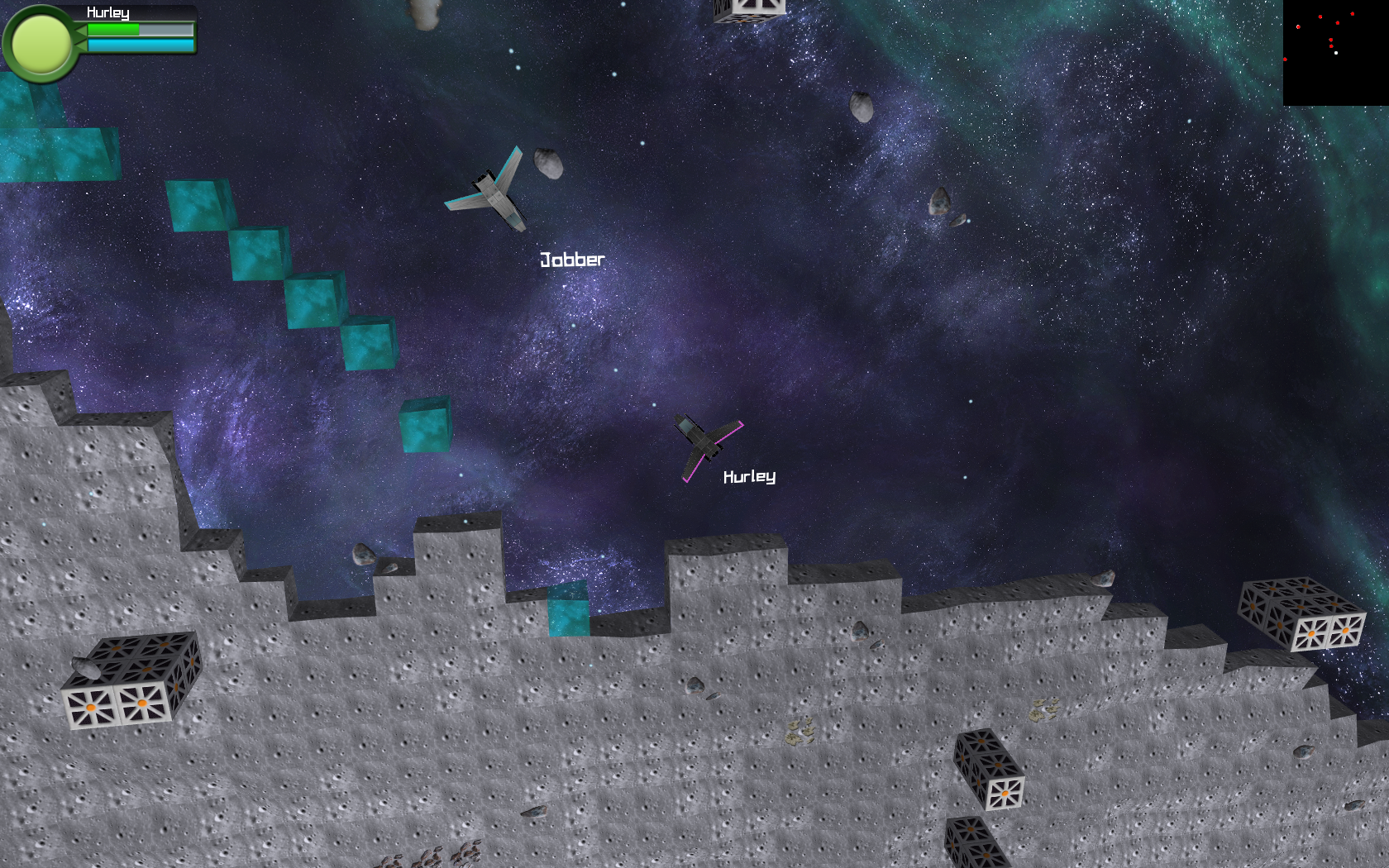 First Look At The HUD

This weekend has been great all around. After all the updates in our last post, I set to work bringing the enemy to life. Despite our Multiplayer focus, someone correctly reminded me that if there were no NPCs to encounter then this would get pretty stale. Our new AI isn’t terribly smart. However he can follow you and shoot at you, which really is enough to make the game dangerous. Like, sometimes dead in 5 seconds dangerous.

Of course, when they start shooting back, you have to take damage. And when you take damage, you die, which required it’s own hour of coding. Well, then I realized it sure was inconvenient to not know how much health you have left. Thus began my journey to design the first real elements of the HUD.

I tried a lot of crazy ideas when it came to displaying your health, but they all felt off. I decided to look into other MMORPGs to see how they did it, and almost all of them overwhelmingly used the classic horizontal bar. It dawned on me that players just want to know their health and fast as possible so they can get back into the action. The horizontal bar is simply the best way to do that, especially in a way that everyone will know and recognize without a tutorial. Okay… most people.

Finally, after that was working, I decided it was time to let you generate some health too. So, as long as you’re not using your ship’s engines, it will slowly begin repairing the shields. Now I feel like I have a fighting chance!

Anyway, that’s it for this weekend. It will be Tuesday before I can get any major work done again, but feel free to leave questions or comments and I’ll try to answer them all. Thanks!